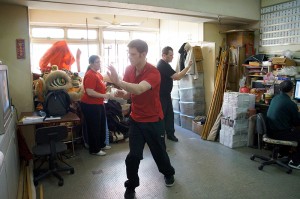 Every year, the DMAA returns to Hong Kong where students spend two incredible weeks training alongside some of the most highly respected masters of Chinese kung fu alive today.

This year, in between a rigorous 10-hours-a-day training schedule, students demonstrated their skills at the Dragon Sign Athletic Association event, which brought together many of the world’s best schools of Dragon style kung fu to honour the memory of the style’s founder, Lam Yiu Gwai. 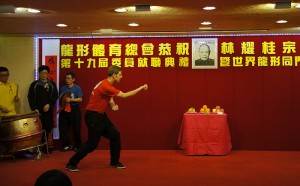 The DMAA was also proud to be a part of Grandmaster Cheung Kwok Tai’s birthday celebrations, which was attended by many of Hong Kong’s foremost exponents of kung fu, from a variety of family styles. Here DMAA students showcased a variety of forms, including Long Ying Mor Kiu, Dragon 9 Foot Heart Piercing Pole, Ying Jow, Hakka stick and the 2 man fighting form (Long Ying Doi Cha).

We would like to express our gratitude to all those who gave us their time, patience and knowledge to help us improve our understanding of this exceptional martial art. 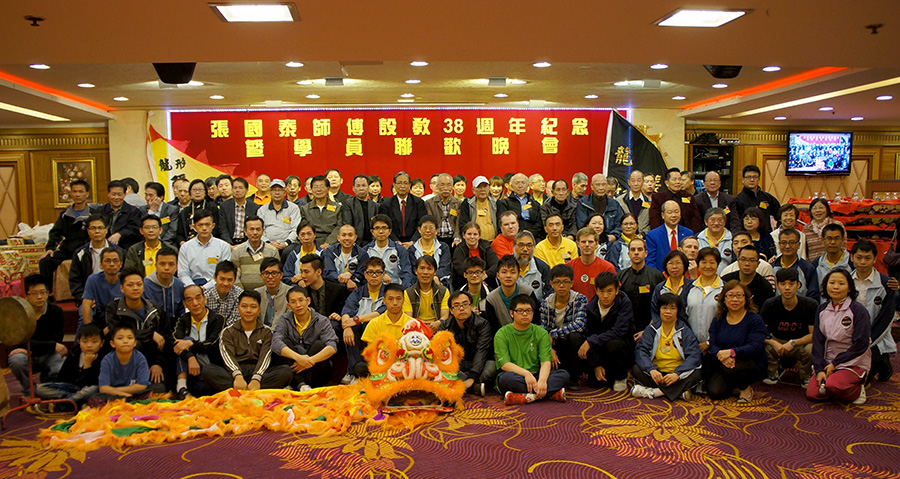 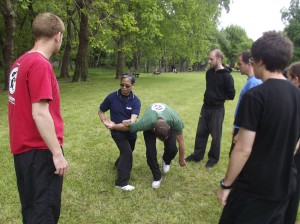 DMAA students have recently returned from another hugely successful and enjoyable two weeks kung fu, tai chi and qi gong training in a beautiful secluded village in the south of France.

This year we were enormously privileged to be joined by Grandmaster Cheung Kwok Tai, one of the world’s leading exponents of Chinese kung fu, and his son who flew over specially from Hong Kong to be with us. 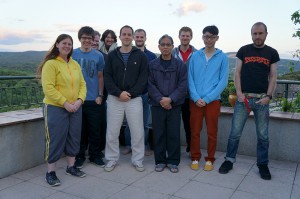 The days were a fantastic mix of intricate theory, hardcore practice and (somewhat painful) application of authentic kung fu, taught in its purest form.

It was a rare honour indeed to spent such close and personal time with Grandmaster Cheung whose boundless knowledge, energy and ability was an inspiration to us all. 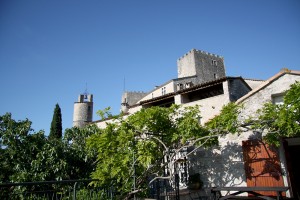 The trip included visits to local places of interest, lovely food cooked daily by a wonderful local lady with a passion for flavour and more croissants than we care to mention. 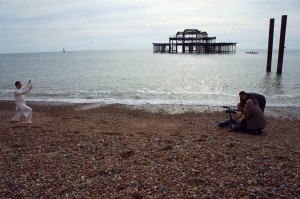 A new martial arts series from Kwoklyn Wan will be airing soon, featuring the UK’s most prominent martial artists. 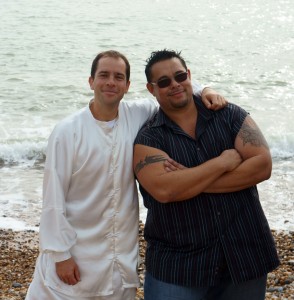 Kwoklyn Wan (Gok Wan’s brother) is known worldwide as a leading authority and expert in several forms of martial arts, including Jeet Kune Do. He is the organiser of the UK’s biggest martial arts event, The Martial Arts Festival, and is now preparing to launch a new series that showcases different styles of martial arts from around the world.

As part of the first episode, Sifu Braithwaite was filmed performing the rare art of Liu He Ba Fa (6 harmonies 8 methods) on Brighton beach. 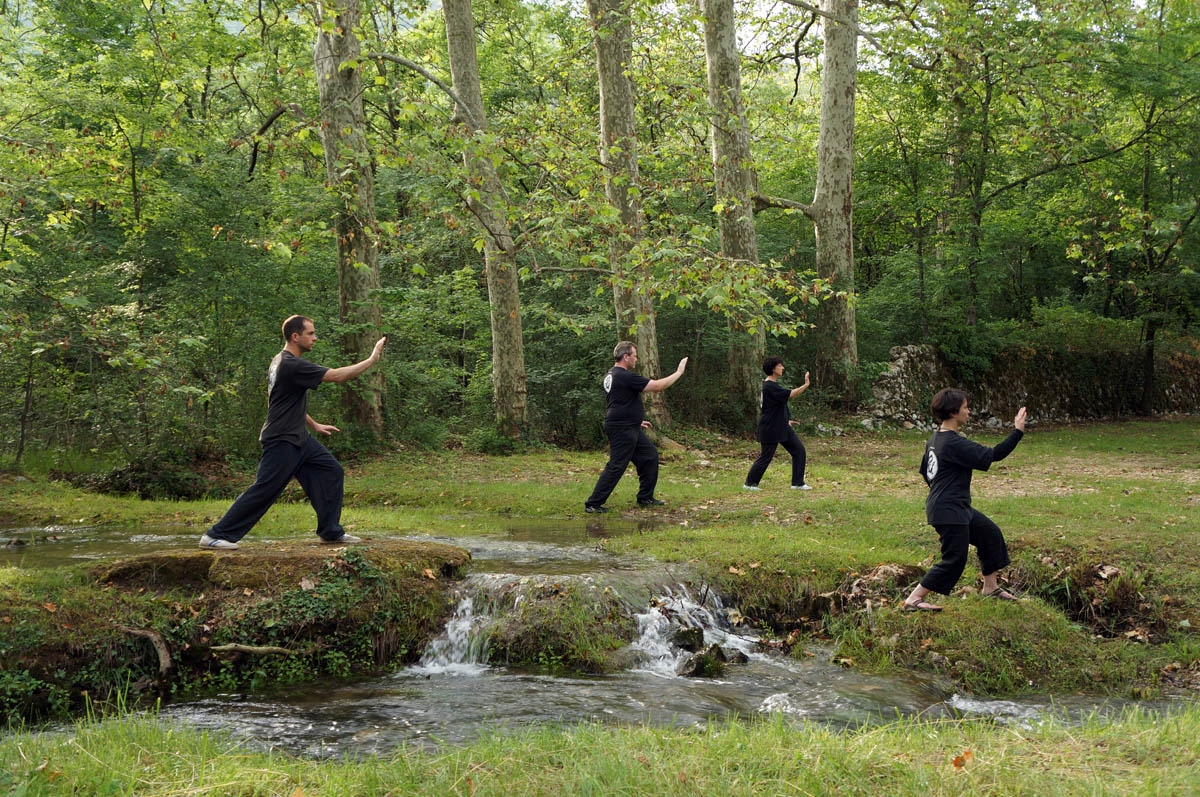 Once agin, the DMAA annual training trip to France was a huge success, with 10 students spending a fantastic few days training in a beautiful medieval village in Provence, in the shadow of an 11th century chateau.

After early morning Qi Gung practice, the days were an enlightening mixture of theory, form and practical application of traditional Chinese kung fu, Tai Chi and Liu He Ba Fa. 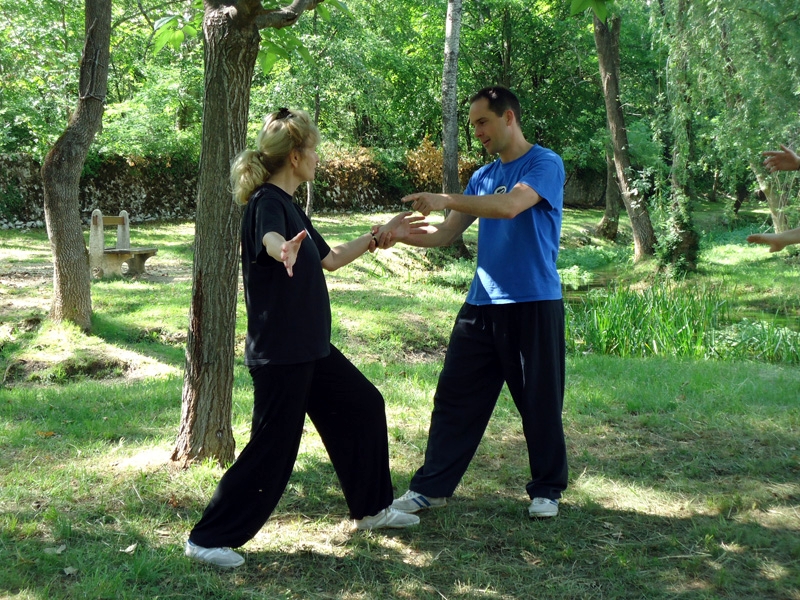 All students worked hard and benefitted from close personal instruction from Sifu Braithwaite every day.

The evenings were spent enjoying the beautiful surroundings of the area and of course delicious 3 course meals cooked by a wonderful local lady with a passion for great food! 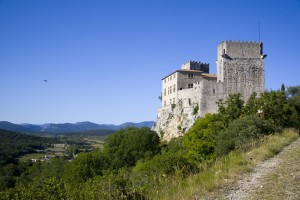 Once again, everyone benefitted enormously from daily, direct tuition from Grandmaster Cheung Kwok Tai and his students, as well as from Sifu Braithwaite.

Sifu Braithwaite was taught the Dragon style heart-piercing pole form known as Wong long choon sum gwan. This is the most advanced weapon in the system.

At the end of the trip, students were hugely priviledged to take part in Grandmaster Cheung Kwok Tai’s birthday celebrations, demonstrating traditional forms in front of many of Hong Kong’s most well-known and accomplished masters.

Check out the photos here.